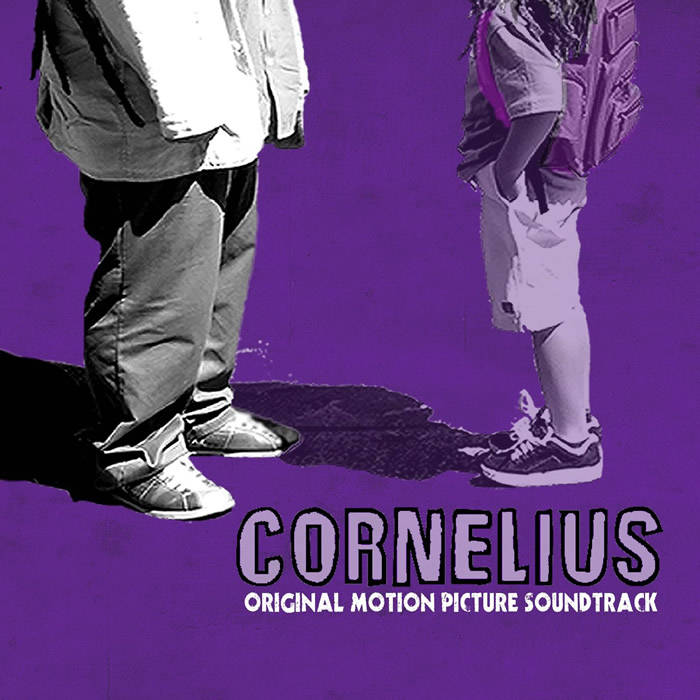 This is the SHU-SHO SHOT for July 2010: The CORNELIUS Soundtrack.

Cornelius is a movie about a man who is just re-emerging into the world after a nervous breakdown caused by the traumatic loss of his wife while his son was just an infant. It's 7 years later, the man and the boy come face to face and, as he and the boy start to bond, the man begins to remember fragments of the buried trauma. While this experience propels him inevitably back towards a mental breakdown, he tries his best to connect with his son in a meaningful way.

Coornelius (directed by SHU-SHO member Giovanny Blanco) will be released Digitally Online and on DVD on Tuesday Aug 10th but before that we have the soundtrack for you to experience and enjoy. This collection is a compilation of songs by SHU-SHO, Cazale, Joe Garcia, Blanco and Junk and Jaswho? who also composed the music for Cornelius.

As one half of SHU-SHO and an accomplished solo artist, Jaswho? has blazed through many genres, always owning each with his unique take and musicality. Here, Jaswho? displays an eclectic and sensitive side that takes you in and out of the mind and heart of CORNELIUS, the character he himself played in the movie.

and find out more about the movie at:
www.corneliusthemovie.com
Go crazy and check out music videos, deleted scenes and pretty soon watch the entire movie if you feel like it.

Check each song for individual credits.

Track Name: SHU-SHO - "Dust Off Your Soul"
DUST OFF YOUR SOUL

I’m a man, bare skin and bone
in the center a hole where a heart used to beat
I stand before, circles and squares filed in rows
with the past undertow and the now under feet

In my hands, lie the fragments of hope,
And a few crumpled notes in a brown bag marquee
this time it’s real, as trepidations unfold
when the slow down is broke and the habitual’s released

pill green walls for six years and a day
goddamn the voices I say, dust off your soul

I’m just a pocketful of pennies away
goddamn the voices I say, dust off your soul

Bandcamp Daily  your guide to the world of Bandcamp